The book ‘The Knowing – Doing Gap’, written by Professors Jeffrey Pfeffer and Robert I. Sutton[1], is one of the great classics in management literature. The insights they share in this bestseller are as relevant today as they were nearly two decades ago when the book was first published. In the initial chapter of the book they observe that:

‘many organizations and managers would rather talk, conceptualize and rationalize about problems and issues than confront them directly….and in many companies people are more likely to get ahead by talking smart than by doing smart and productive things’.

Yet when looking at outcomes the story is very different.

The diversity of talent in our work places still falls well short of reflecting the size and makeup of the wider population. People who are different have much greater difficulties being promoted.

For example, take gender. In the UK, the proportion of women in board positions is well below 20%. In terms of the gender pay gap, 78% of UK companies reported that they paid men more than women, with a median pay gap of 9.7%. Globally, the picture is much worse. Although women are at parity in terms of educational attainment (and there has been a bit more representation for women in government leadership) the pay gap between men and women has actually expanded. It is not for want of knowing about these differences that these huge discrepancies still remain. On the contrary there is substantial evidence that people know a lot about discrimination in the work place. In the US, for example major companies have sent their employees through diversity training, but with damning results. Billions have been spend to no avail[2].

The failure of this investment in diversity training points to how it has been structured. Traditional diversity training largely focuses on sensitivity training, where people are made aware of their prejudices (whether gender, ethnicity, physical appearance, sexual orientation, disability etc). Yet the key take-away from this sensitivity training seems to have been to heighten people’s sense of having to walk on eggshells around their colleagues and not actually valuing diversity. Some of the impressions people too away from this training ranged from fear – that they would lose their jobs to different employee groups  – to viewpoints that people in disadvantaged groups were simply too sensitive.

To everyone’s surprise and contrary to popular belief, this research showed conclusively that diversity programs focused on sensitivity training are actually detrimental to diversity.

So why these results?

The reason why traditional diversity training interventions have failed is because they have raised fear in the participants. In their book, Pfeffer and Sutton have a few observations to make about fear that are highly relevant to the diversity and inclusion debate today. Founded on their evidence-based research, Pfeffer and Sutton highlighted fear as the major culprit in creating ‘knowing – doing’ gaps. The role of leaders and managers is to take an active part in creating an environment shaped by trust and safety rather than fear.

“Don’t go on missions to find who has erred, but rather attempt to build cultures in which even the concept of failures is not particularly relevant” are their wise words.

So what is the solution to moving diversity forward in the business community?

We believe, in line with Pfeffer and Sutton, that we can only make progress in bridging the Knowing-Doing gap with no blame interventions. Helping people to lift the lid on the way they think about the world and others also involves us understanding that unconscious biases affect us all and that the work of the unconscious is not just limited to discrimination, but shows up in all kinds of decisions.

Decisions around hiring, promotion, pay, performance are like any other business decision. Research has shown that over 100 unconscious biases can cloud our judgement in the decisions we take. So inclusion and diversity within organisations should be firmly positioned in this broader area of decision-making. Any intervention ought to be aimed at improving our ability to spot those unconscious thinking errors as and when they appear in whatever situation we find ourselves in.

Finding a way to help organisations have no blame conversations and address the work of the unconscious in shaping our thinking has led us to develop the Hidden R-I-S-KTM framework.[3] The Hidden R-I-S-KTM framework clusters these 100+ unconscious biases and embodies them in eight memorable characters. For example, a character particularly relevant to inclusion and diversity is The Writer, who embodies the cluster of biases to do with stereotyping. Looking at how we see the world through the eyes of The Writer helps us to understand the scripts we are writing about others and to explore what is a fact and what is an assumption. It opens up a conversation rather than labelling ourselves or others as being prejudiced. The Writer, together with the other eight characters in the Hidden R-I-S-KTM framework provide us with a no blame language which supports greater objectivity in evaluating our own as well as our colleague’s decision making.

Pfeffer and Sutton end their iconic book by calling for action:

”Knowing about the knowing doing gap is different from doing something about it. Understanding causes is helpful because such understanding can guide action. But by itself, this knowing is insufficient. Action must occur”.

We always know when action has occurred in the teams we work with. It is when the team refer to the eight characters of the Hidden R-I-S-KTM framework to surface bias in the decisions they are currently making, with the aim to making better decisions across the board. We invariably observe a positive energy in the room. People are collaborating to solve business problems rather than finger pointing at past oversights. We believe this kind of action will bridge the knowing-doing gap in diversity and inclusion and bring lasting change.

For more information about the Hidden R-I-S-K™ framework: 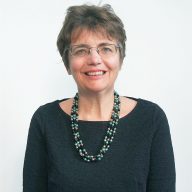