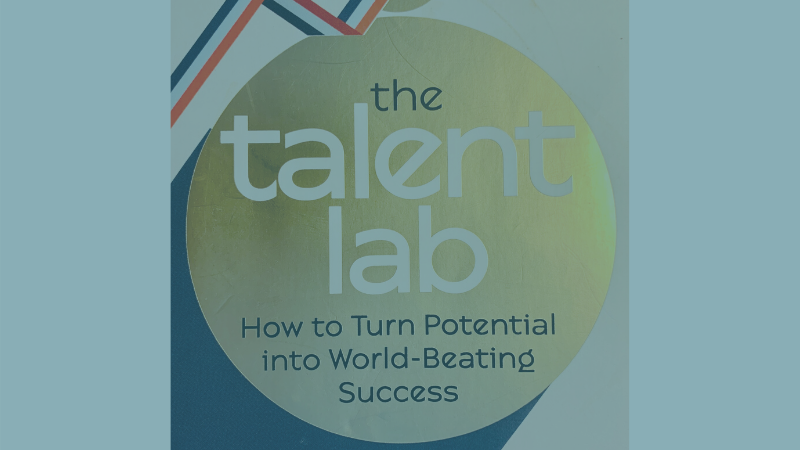 At the 1996 Atlanta Olympic Games, Team GB were the paupers of the Olympic world. Team GB had won a solitary gold medal and 15 medals in total. Members of the GB diving team had to sell their GB kit to raise money to fund their stay. Four years later in 2000, the medal tally had grown to 28 with 11 golds. At the 2012 London summer Olympics Team GB not only increased the medal tally to 65 (with 29 golds) but had beaten the medal tally of Olympic superpower Russia in the process.

The book The Talent Lab by Owen Slot tells the story of how Team GB’s Olympic and Paralympic fortunes were transformed and how the audacious goal of 66 medals at the 2016 Rio Olympics was achieved (Team GB actually won 67 medals).

In recent years we have been privileged to have work with a number of UK sport bodies that create the high performance system that delivers Olympic and Paralympic success. The Talent Lab provides a fascinating insight into this world of elite sport and what it takes to be world class.

There are so many nuggets in this book that can be transferred to the world of business that our fundamental recommendation is to buy it and read it for yourself! The book is structured in five sections: Talent; Transformational Leadership; Winning Environments; Performance and Sustaining Success. Chapters are written by different people, with UK Sport Performance Directors Chelsea Warr and Simon Timson providing learning reflections at the end of each.

What I want to focus on in this piece is creating the winning environment, highlighting key learning from one of the chapters, addressing how this speaks to leaders in non-sporting organisations.

A lesson from Swimming

In 2013, British swimming hit an all-time low. Despite the success of Team GB at the London Olympics, the British swimming team had bombed (Rebecca Adlington excepted). A year later at the World Swimming Championships in Barcelona, only a single bronze medal was won despite huge funding of the sport. If you are one for metrics then it took £8.4m to win one swimming medal as opposed to £2.1m for a cycling medal. Data also showed that only 20% of British swimmers achieved their personal best at the London games (typically 60%+ were expected to).

The potential was there. But the challenge was to turn potential into performance.

The actions taken to turn GB swimming around were four-fold:

Think about what goes on in your organisation. Can you relate to any of the issues the GB swimming team faced?

If you are a leader or manager, consider the following questions:

Potential will always remain potential, unless we do something to turn potential into reality. The lessons we can draw on from The Talent Lab give us plenty of insights into how best to do that. We may not need to be world beaters, but we all have potential and the capability to grow and get better at what we do.

If you want to read The Talent Lab you can buy it here: