‘Leadership is an activity in pursuit of something new and better … It’s a group sport, not an individual heroic activity’.

How do you define leadership?

It’s a tough question. Despite the plethora of publications, programmes and podcasts we have no single narrative to define leadership. Indeed, quite the opposite. There are multiple, competing narratives. A rather crude scan over LinkedIn posts this past month showed that we yearn for leaders who are emotionally intelligent, caring, humourous, humble, servant-like, inclusive, authentic and … more diverse. A Harvard Business School article by Tomas Chamorro-Premuzic points out that the mythical image of a “leader” embodies many of the characteristics commonly found in personality disorders, such as narcissism, psychopathy, histrionic, or Machiavellian personalities.

What we want in our leaders, and what we actually get maybe two very different things. But there is hope and we were delighted to come across an interview with Ed Schein – One of the early pioneers of organisational development who, even in his advanced years, has some profound things to say about how we need to reimagine leadership.

Our top 3 takeaways from this interview are set out below. They need to be read as interconnected points, rather than as a linear list:

If you would like a case study on how these ideas have been put into practice check out this YouTube clip by Captain David Marquet:

Ed Schein’s closing remarks about reimagining leadership point to the importance of interaction. Leadership isn’t about heroic individuals but comes through interaction with others to shape something better or new.

This point is mirrored in the work of Dan Cable (Alive at Work: The Neuroscience of Helping Your People Love What They Do) when he writes: “When you are leader – no matter how long you’ve been in your role or how hard the journey was to get there – you are merely an overhead unless you’re bringing out the best in your employees”.

Thinking about the points made in this article: 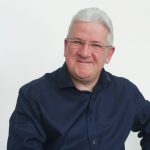